18+ only, thanks. If possible, please download and run locally. The web build is functional, but it doesn't run as well as the native ones. In particular it has some trouble with framerate, scrolling and sound playback.

TRANSUBSTANTIATION SYNTHESIS is a work of futurology. What will the world of tomorrow look like? Which trends are currently in place, and what do they mean for us? 18+ only, thanks.

This game contains no outright sexual content, but plenty of lewd text and some sound effects. The game works on an "assumed consent" basis - i. e. consent is given by you, the player, and not necessarily your avatar.

Bodies and minds are messed with in a variety of ways. There is some 'meta' content in here. Robots and other cybernetic things are involved.

Download the right archive, unpack and run.  If the web build doesn't work, please download the one for your platform.

This game was wonderful, I especially loved the part where it overwrites your whole profile and then forces you to click accept on your new drone life. Very good game, a0b8 approves.

Quite a nice game; well made, no bugs, lovely pixel art and UI, but the story did kinda R/wooosh me, hah. Well, I understood it, but rather it kinda didn't feel like it fit well for me. I won't say exactly why for sake of spoilers, but the big moment just completely missed me, but granted I don't think I was the target audience for this being that I usually make games and art rather than buying or finding them likewise I am usually big fan of, well, having my own agency with things. All in all, I will say the movement could go for a click & hold, but aside from that ya' made quite a nice game here, Mate. Well done.

I guess you could say that really, pushed my buttons.

I can't wait for more. This was a really fun game.

B865 wants to see how this continues.

I feel so called out at the browsing history part... Guess I really do deserve to be b895.

THAT WAS IT THAT WAS VERY SHORT

This was the best game in Strawberry Jam 5, hands down.

I already said it elsewhere, but as someone who lives a short drive from the Innovation Zone, this hits quite literally close to home!

Thank you so much! I figured I'd throw in a few real-world references. :)

Thank you so much! I do have vague plans to treat this as a sort of prologue, but nothing concrete yet. The title is a reference to Stellaris, and the setting is meant to head in the direction of a Rogue Servitor civilisation. We'll see where this one ends up going.

While nice, what really bothers me is the Rouge Servitor part. Having played Stellaris quite a bit it seems to me to be quite the opposite, instead of being  a utopian society it appears to be going in the direction of a dystopian one. Rouge Tormentors instead of Servitors. This is primarily because it requires them to act in a manner that consideres hurting people to be "Helping" and helping them to be "Harm". Ultimately working on a sort of Anti-Mov instead of Asimov, where the robots seek to harm humans and teach them to want to harm themselves as they ultimately do the protagonist.

That said, despite getting a negative reaction from me I do think its very well done. Although if you DO continue it then it could stand to see things go back in a more... genuinely empathatic direction for the plot, instead of a self0destructive one. That's just my viewpoint on it though.

I get what you mean. This is ultimately a kink game; in those, there's always a fine line between being a bit spicy and being dangerous. That kind of thing won't appeal to everyone.

For what it's worth, the idea would be that those who would be happier as post-human servitors can join the drone collective, while everyone else can remain human and live in comfort and ease. (Lots of humans in the garden area!)

The protagonist is (meant to be) genuinely happier in that community, and it's (meant to be) a much nicer place than the corporate-sponsored city itself. I recognize that it's a bit ambiguous in the game itself, partially because I kinda ran out of time towards the end, but it's not meant to be harmful.

Thank you for the comment, anyway! It's an interesting topic, and something I'd strive to make clearer in a larger game.

This was such a cute game! The story really got me hooked and left me wanting more in the end. great job! I love it!

Thank you so much! 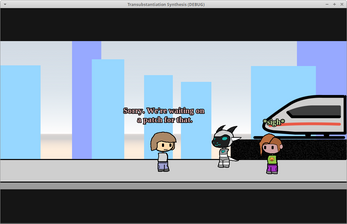 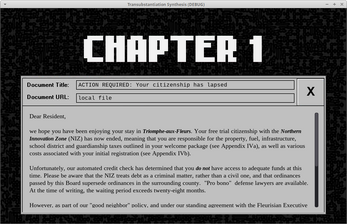 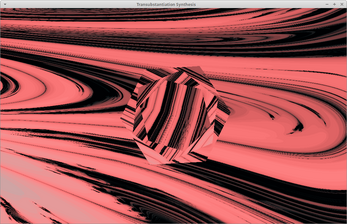 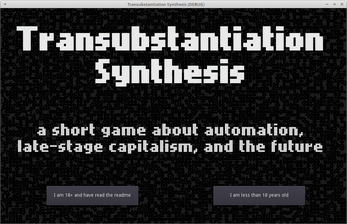